How to Make It in the New Music Business
Second Edition
"The poster child of DIY music" -Forbes
Ari Herstand, is back with a completely updated second edition of his best-selling book.
"This is the single best book
on the current music business.
An absolute must-read for every musician.”
- Derek Sivers, Founder of CDBaby
PRE-ORDER NOW
Herstand offers a completely updated second edition, maintaining that you don’t need to be a superstar to succeed as a musician. And you don’t need a record deal. We are living in the midst of an industry renaissance.
Plus: Order now to get access to tons of bonus material. 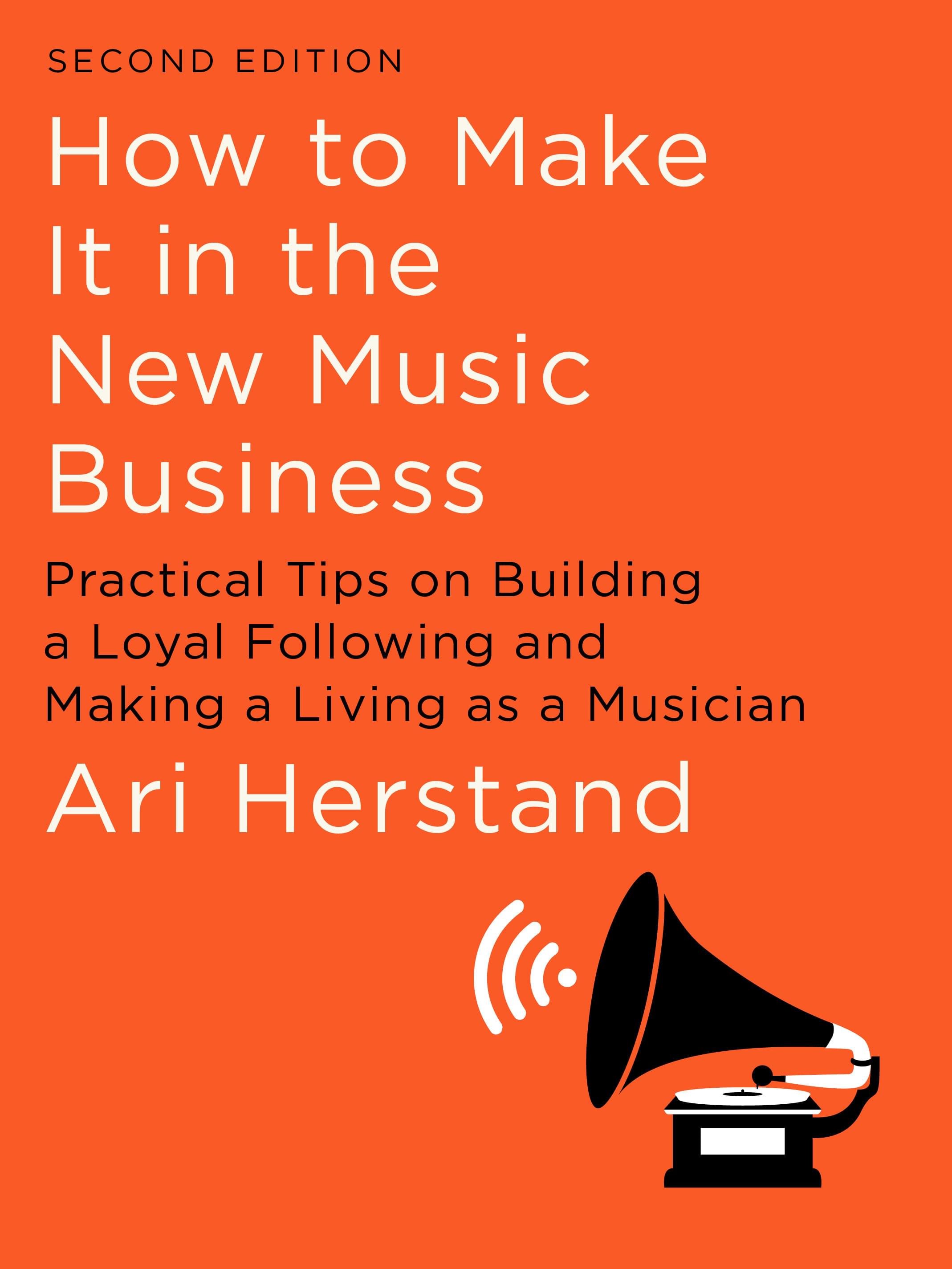 How To Make It In The New Music Business
Practical Tips on Building a Loyal Following and Making a Living as a Musician
We are living in the midst of an industry renaissance, one that has left the record companies desperately struggling to maintain their prominence, as a subculture of dedicated, DIY (do-it-yourself) musicians have taken over.
There has never been a better time to be an independent musician. Today, fans can communicate with their idols by simply picking up their phones, artists are able to produce studio-worthy content from their bedroom and albums are funded not by record labels but by generous, engaged supporters.
Written in Herstand’s signature friendly yet brutally honest style, this edition is comprehensively updated to include the latest developments in the music business, such as:
Musicians will not only be introduced to all the tools available today but will be shown how to effectively leverage them to actually make money. More important, they will develop the mindset to be aware of new advancements both online and in real life and always stay in tune with a constantly evolving landscape.

Herstand offers a completely updated second edition, maintaining that you don’t need to be a superstar to succeed as a musician. And you don’t need a record deal. We are living in the midst of an industry renaissance.
Pre-order the book now to get access to bonus resources to take action on your music career.

GET THE BONUSES
Pre-order the book today and simply forward your email receipt to book@aristake.com to get these resources that you can use to put the book into action for your music career
GET THE BOOK
CUSTOM JAVASCRIPT / HTML
Hear what Others are saying 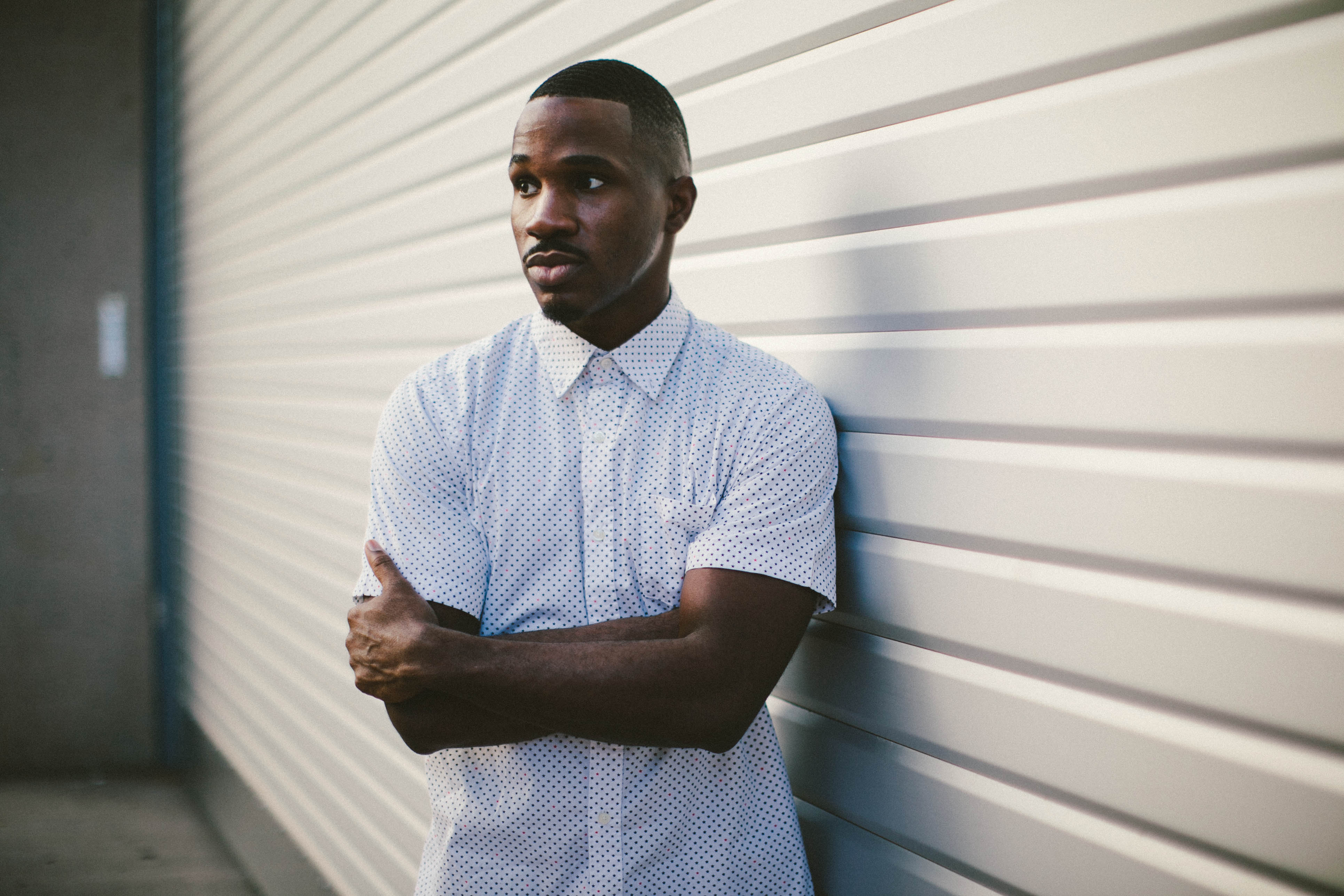 “The one book I wish I had when I started doing music four years ago. It’s the new bible for musicians.”
Gospel Lee, Billboard charting hip-hop artist 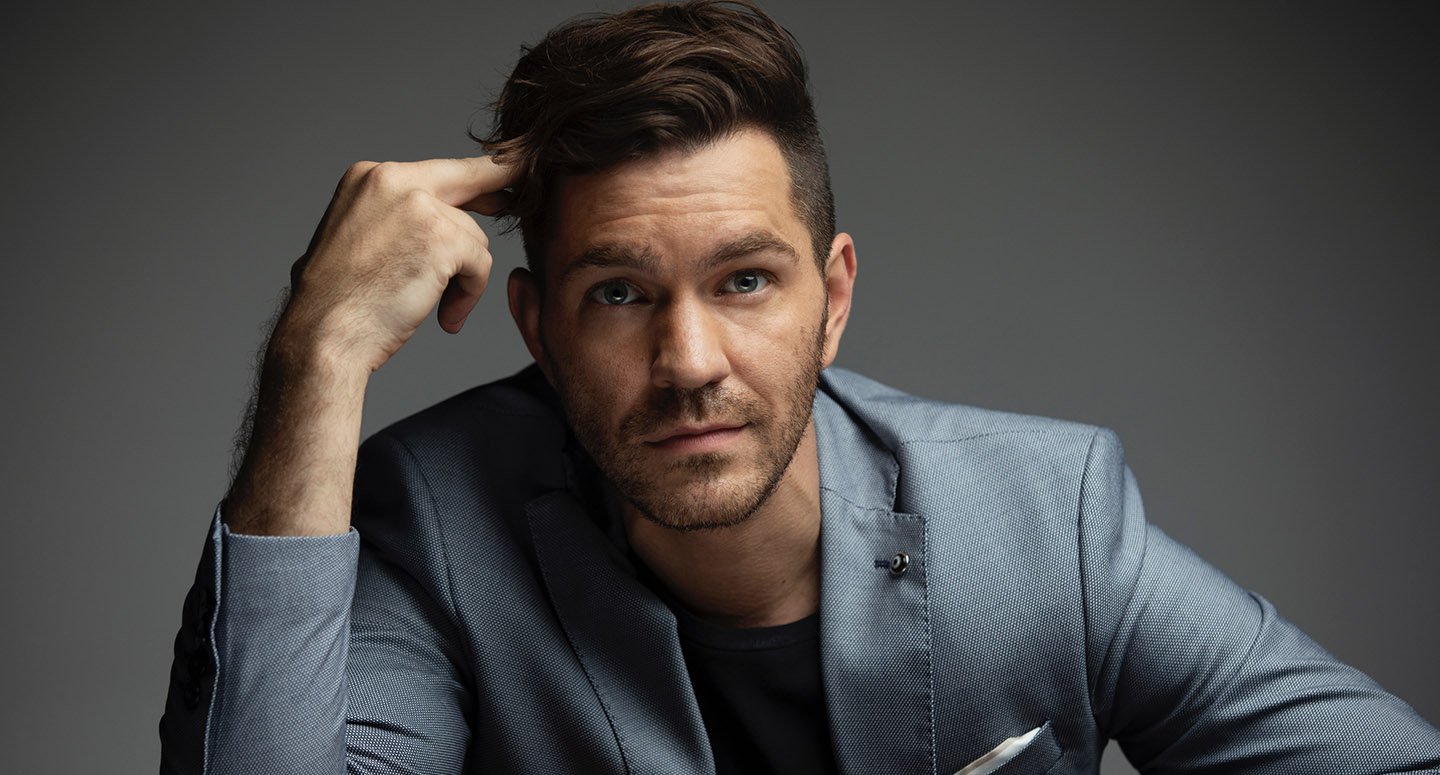 “Herstand is the informed older brother most of us never got in this crazy, confusing industry.”
Andy Grammer, chart-topping singer/songwriter

“Ari has always kept his finger on the pulse of the music industry. That’s what really makes this book shine amongst its predecessors. Without a doubt, even the most seasoned musician is going to learn something new from reading this book.”
vōx, chart-topping artist
“An indispensable and comprehensive manual on how to navigate the modern music business.”
Forbes
“This is the single best book on the current music business. An absolute must-read for every musician.”
Derek Sivers, founder of CD Baby
“The best ‘how to’ book of its kind. As a working artist himself, Herstand knows of what he speaks. The book crackles with the actual experience of being a working artist. Highly recommended.”
Music Connection Magazine
"I've read a hundred how-to-make-it-in-the-music-biz books, and this one is today's definitive, comprehensive manual."
Jack Conte, founder and CEO of Patreon
“Ari has written the ultimate guide on how to make it in the music business. Incredibly detailed yet fun to read, this is the book that generations of musicians will rely on to build their careers.”
Philip Kaplan, founder and CEO of DistroKid
“If you want to take your career seriously, read this book.”
Andrew Leib, Red Light Management
"Ari Herstand is a fresh, fearless tour guide in a brand-new jungle. I highly recommend this book for your music career.”
Paul Resnikoff, publisher, Digital Music News
“Reading Ari’s book teaches you what the music industry actually is, not what others think it should be.”
Jeff Price, founder of TuneCore, Audiam
"Ari Herstand tackles the complexities of the music business in a way that any indie artist or songwriter can understand. He’s got deep sympathy for music creators who want to make a living from their art―and a ton of practical advice on how to do it.”
Etan Rosenbloom, director and deputy editor, Marketing & Communications, ASCAP
“At a time when everyone is complaining about how the music industry is not supporting artists, Ari offers hope in the form of practical, usable advice."
Bruce Houghton, Hypebot
“Ari understands this space. He gives a tremendous amount of information. Anyone wanting to make music for a living should read this, period.”
Peter Hollens, 1 billion YouTube/Facebook video views
“Ari Herstand is a leader in the DIY music movement and has written the perfect recipe for success."
Patti Silverman, SF MusicTech Summit, SXSW
Get The Book!
CUSTOM JAVASCRIPT / HTML
CUSTOM JAVASCRIPT / HTML
About Ari Herstand 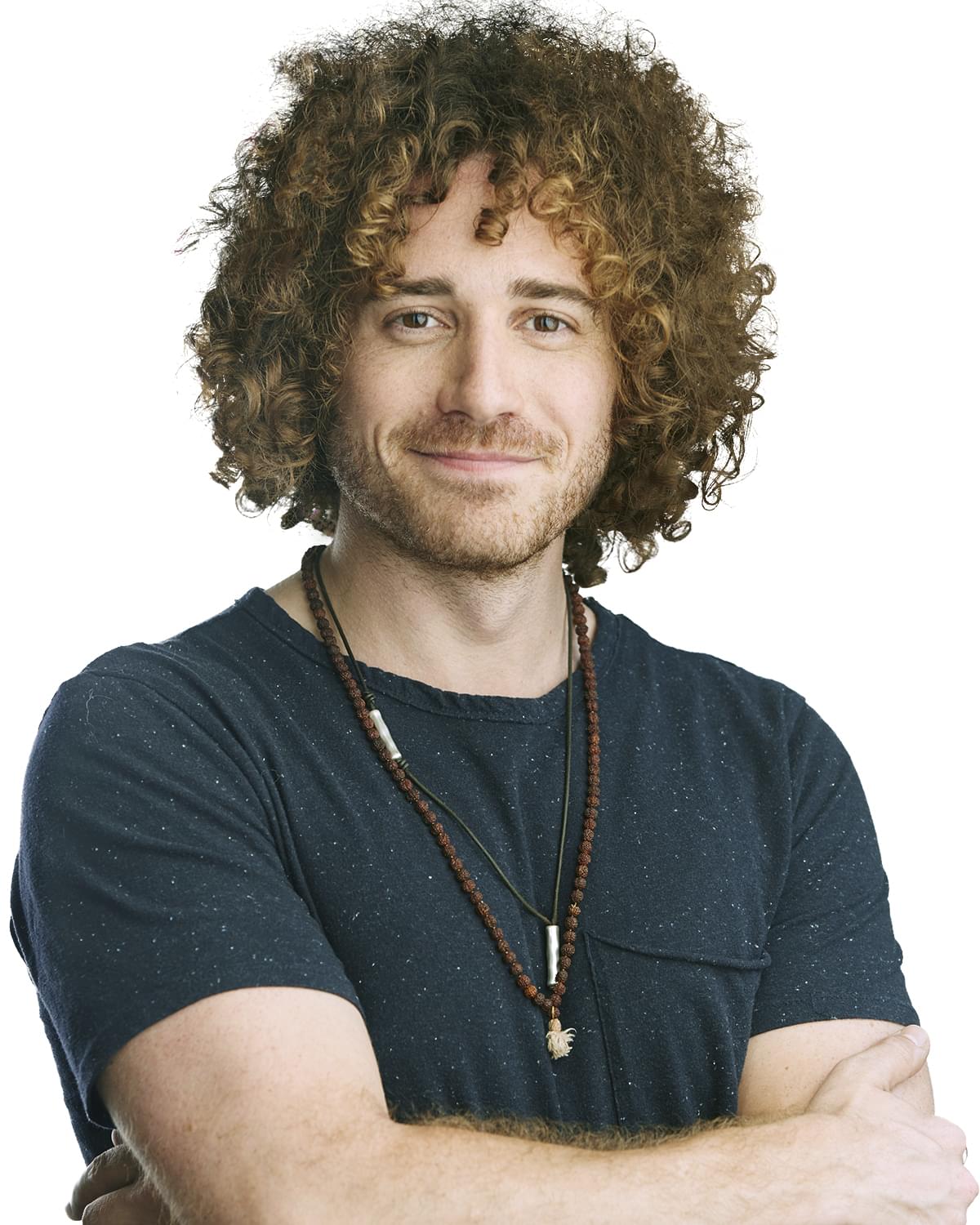 Los Angeles based Ari Herstand, is the author of the best-selling book How To Make It in the New Music Business (Norton / Liveright Publishing | Second Edition November 5th, 2019). The first edition remains at the top of the Amazon charts and has been widely adopted by music business schools worldwide.


His music business advice blog, Ari's Take, has become the go-to resource for independent musicians on how to run a successful music career in the NEW music business. Herstand's well-researched, relatable, no BS approach is why so many musicians continue to trust him for advice. He offers encouragement without condescension and maintains a "we're all in it together" attitude not found elsewhere in the space.
Ari Herstand is an independent musician who has played over 700 shows around the country, has opened for or toured with Ben Folds, Cake, Matt Nathanson, The Milk Carton Kids and Ron Pope, has performed on Ellen, and has had his music featured in countless TV shows, commercials and films. He currently leads the 1973 funk project Brassroots District.
Herstand has written for many of the top musician trade magazines and websites including Music Connection Magazine, American Songwriter, Digital Music News, Playback Magazine, CD Baby, Tunecore, Reverbnation, Roland, Discmakers, ASCAP, Hypebot and others. He has been a featured speaker at SXSW, BBC One's Amplify, ASCAP Music Expo, SF MusicTech, CD Baby's DIY Musician Conference and Berklee College of Music.
As an actor, he has co-starred in TV shows including Transparent, Doubt, Aquarius, Mad Men, 2 Broke Girls, The Fosters, Sam & Cat and Touch.
GET THE BOOK
This is your defining moment.
The decision is now.
countdown
00Hours00Minutes00Seconds